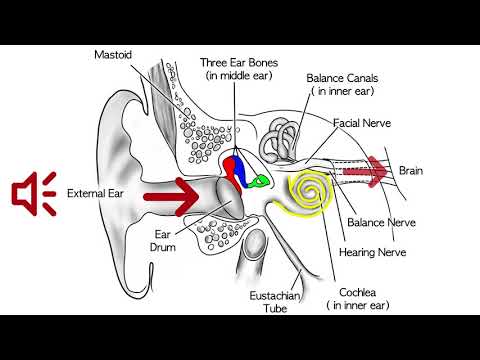 [q1 cd=”O”]titis media is the technical name for a middle ear infection. In order to understand where a middle ear infection occurs, you need to understand the way the ear works. The way the ear works is sound comes in through the ear canal, hits the eardrum and goes through the three bones of hearing.
The first bone of hearing is called the malleus, the second bone is the incus and the third bone of hearing is the stapes. The stapes or third bone of hearing interfaces with the hearing organ, called the cochlea.
Cochlea means snail shell in Greek and you can see it’s shaped like a snail shell. Within that, there are little receptor cells that receive the sound,turn it into a nerve signal and send the message to the brain.

When a patient gets otitis media or middle ear infection, it occurs because the Eustachian tube becomes blocked. The way the Eustachian tube becomes blocked is there’s typically a infection in the back of the nose. This leads to swelling and the tube becomes swollen shut.
The lining of the middle ear where the ear bones is needs air and what it does is it removes all the air and leads to a vacuum. That vacuum leads to drawing fluid into the middle ear. That fluid is infected and thus, you have an infection in the middle ear, and this is what is called otitis media.
This most commonly leads to a fever, pain and fullness and decreased hearing in the ear.
Source: Youtube 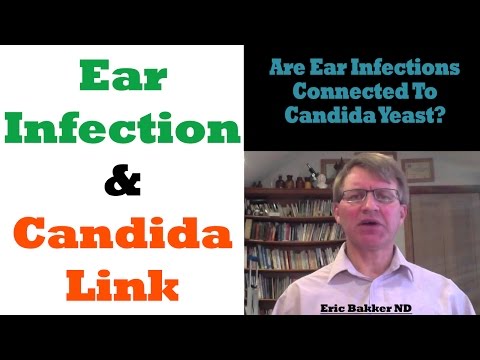 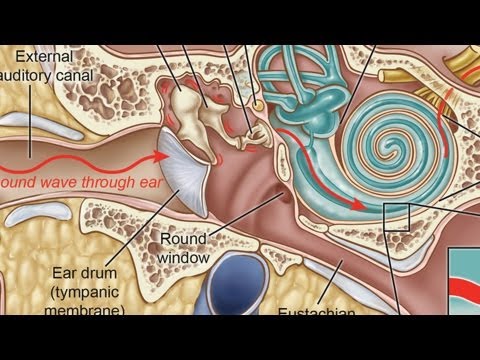 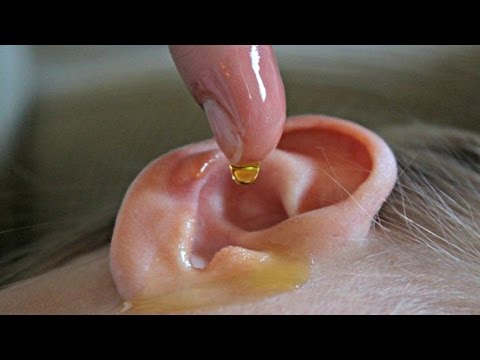